SECA program aids New Brunswick communities in discussing and actioning community energy plans and has the potential to spread across the country. 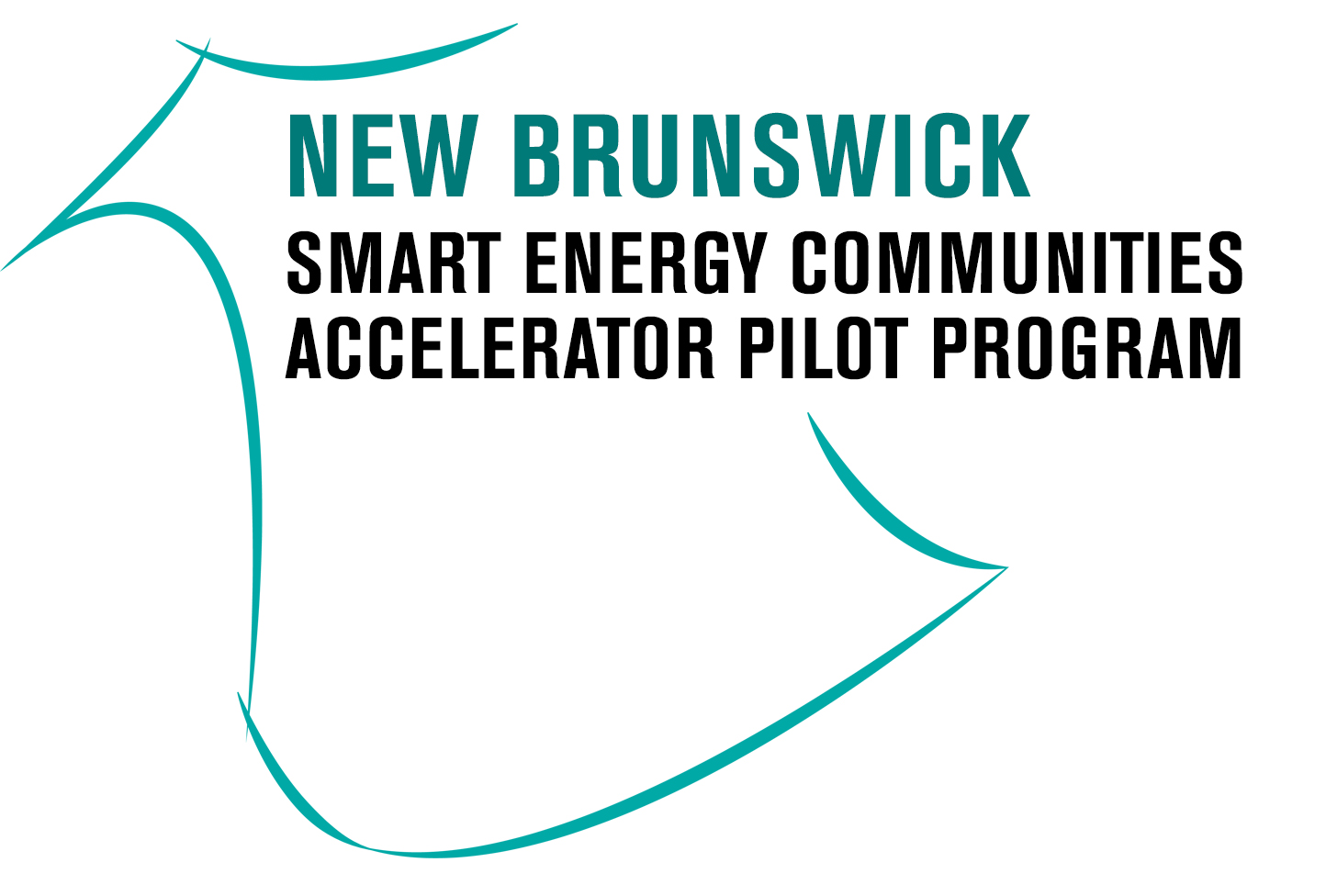 The NB SECA Pilot Program successfully established a community energy planning accelerator to assist a series of New Brunswick communities and one First Nation, equipping them with the tools and knowledge to develop and implement community energy plans and understand the net economic benefit they can provide.

Participating Communities received support to guide them through the implementation of a Smart Energy Community Accelerator Plan, which included:

Utilizing established tools and processes to build the foundational knowledge and structure needed to effectively develop and action community energy and emissions plans and initiatives.

Located in western New Brunswick, the Town of Florenceville-Bristol is located on the Saint John River and is part of Carleton County. With a population of 1,604 as of the 2016 census, Florenceville-Bristol is a rural community that has a rich agriculture heritage. The Town hosts corporate headquarters of McCain Foods, the largest producer of French fries in the world and for that reason, the Town is known as “The French Fry Capital of the World”.

The Town of Oromocto is located in the Greater Fredericton Area of New Brunswick. The population within the town boundaries is 9,223 residents, based on the 2016 census. Oromocto is known as the knowledge industry of New Brunswick and major employers include the Canadian Forces Base Gagetown, one of the largest military training centres in the Commonwealth. Oromocto is also home to the Oromocto First Nation.

The Village of Perth-Andover was formed in 1967 from the amalgamation of the two former communities of Perth and Andover, both located on opposite sides of the Saint John River. It is located in Victoria County, in western New Brunswick and is in close proximity to Tobique First Nation. The Village has a population of approximately 1,590 and is a service centre for the community and surrounding area within a 30 km radius in southern Victoria County, which expands its services to 4,000 people. The community is located in close proximity to the Trans Canada Highway, which has allowed it to develop an Industrial Park. It is also 10 km from the US border.

Quispamsis, and the four other regional municipalities — Rothesay, Grand Bay-Westfield, St. Martins, and Saint John — and area private sector investors have given Enterprise Saint John the mandate to be the backbone organization for the region’s integrated economic development strategy — True Growth.

In 2017, MoneySence named Quispamsis the best place to live in Atlantic Canada.

Sussex is a town in Kings County with a population of 4,282 (2016). Sussex is located in south-central New Brunswick, between the province’s three largest cities, Saint John, Moncton, and Fredericton. As the heart of Kings County with its 16 covered bridges, Sussex is known as the Covered Bridge Capital of Atlantic Canada.
Today, Sussex is primarily a regional service centre for the surrounding agricultural communities of the upper Kennebecasis River valley. The town is a highway service centre on Route 1, the primary highway between Moncton and Saint John, as well as being the most heavily travelled route in the Maritimes to the United States.
Since 2003, natural gas has been available from the McCully field near Sussex. The potential local natural gas supply and the energy opportunities resulting from the recently closed Potash Company of Canada mine both support the goals of the town’s Community Energy Plan and its economic development objectives.

The Town of Saint Andrews is a town located in Charlotte County along Passamaquoddy Bay in New Brunswick. It has a population of 1,786 residents. The Town’s Historic District is a National Historic Site of Canada as it has retained much of its 18th-century character. The Town is also referred to as St. Andrews-by-the-Sea and is known to the Passamaquoddy First Peoples as Qua-nos-cumcook.

Sitansisk is one of six communities that make up the Wolastoqiyik Nation. Sitansisk is a vital part of New Brunswick’s Capital City of Fredericton and is located next to the Wolastoq (also known as the Saint John River) on approximately 125.8 plus one hectares of land; a mere fraction of the Wolastoqiyik traditional unceded ancestral territory. Sitansisk is an urban community governed by a Chief and Council and is the largest employer on the North side of the City and has a population of 1987 members: with half living on and half living off the community.  Sitansisk is in the process of completing a community greenhouse gas emissions inventory but does not have a community energy plan. Participation in the NB SECA Program will allow the community to both develop and lay the groundwork for community energy plan implementation.

The Town of St. Stephen is located in Charlotte County along the St. Croix River, and has a population of 4,415 residents. It is within close proximity to the U.S. border as well as Saint John and Fredericton. The Town is also known as Canada’s Chocolate Town due to its chocolate heritage from the Ganong Brothers who started a grocery store in 1873 that eventually became a chocolate corporation.

The Town of Woodstock is located 100 km’s west of the Capital City, Fredericton; 300 km west of Nova Scotia Border; 200 km east from the Quebec Border and 25 km’s from State of Maine Border. Settled on the banks of the Meduxnekeag and St. John Rivers at the intersection of the Trans Canada Highway at Exits 185 and 188, and I-95 at Exit 12. Woodstock was the first incorporated town in New Brunswick on May 1, 1856. Woodstock boasts some of the finest 19th Century Victorian heritage homes, churches and civic buildings. We are a vibrant, prosperous community -the service centre of the Upper St. John River Valley. As well, the retail and commercial hub of the agricultural, forestry and transportation sectors in the regional economy.

Five partner communities, through partnership with the Association francophone des municipalités du Nouveau-Brunswick, are participating in the NB SECA Program. 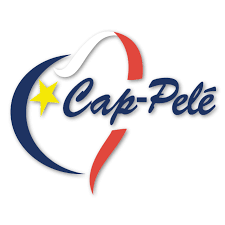 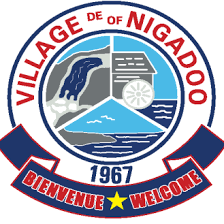 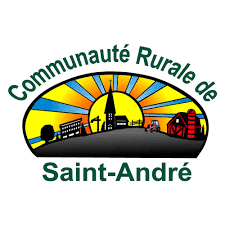 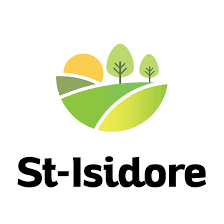 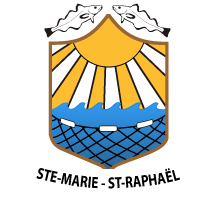 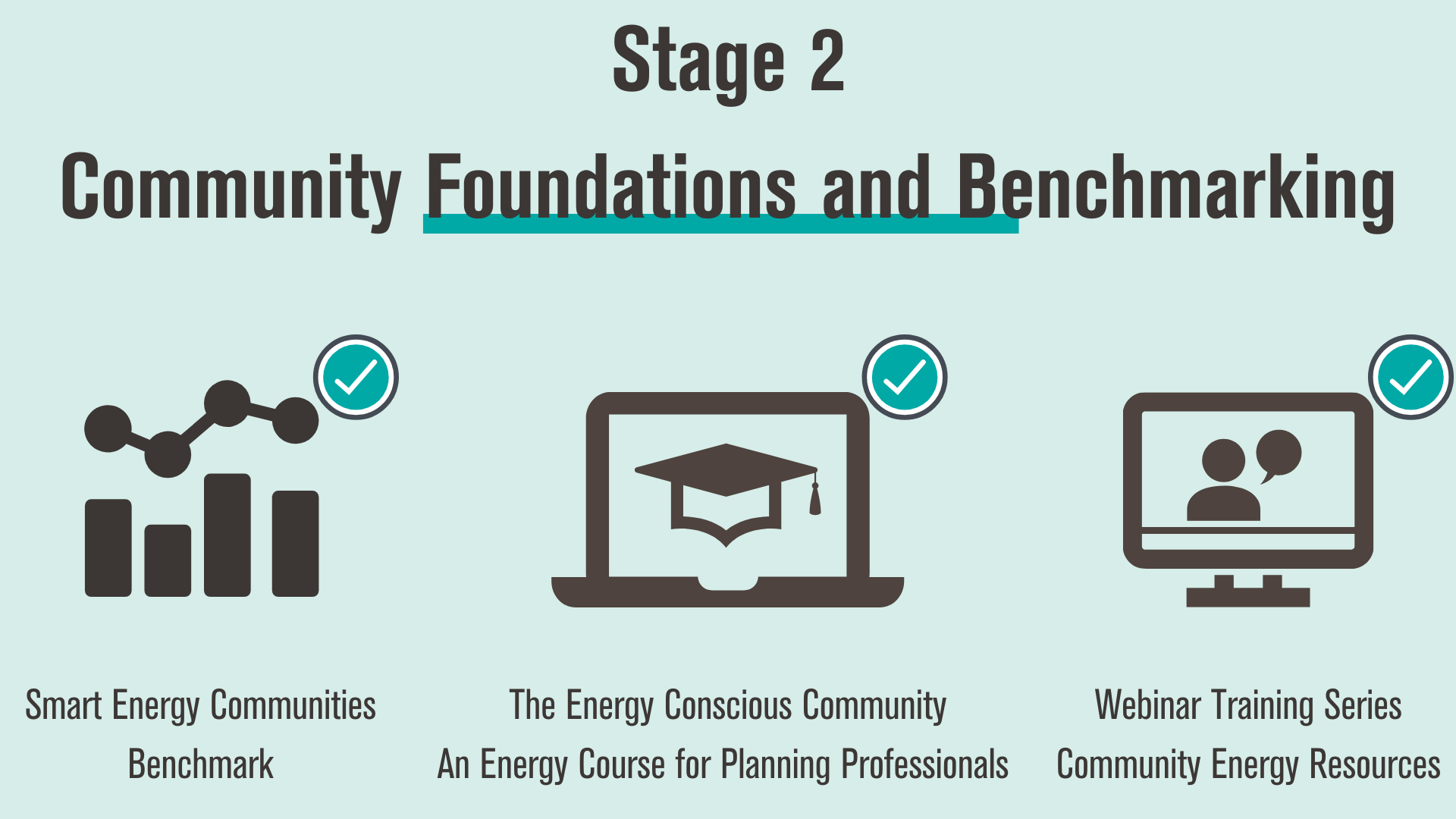 The Benchmark is a tool that measures where a community stands relative to Canadian best practices and enables the communities to discover where they are making headway on becoming a Smart Energy Community and where opportunities remain. This is an important first step in a community’s Smart Energy journey and allows them to track their progress and growth over time. Look for all of the community assessment results to be posted soon.

2. The Energy Conscious Community: An Energy Course for Planning Professionals

Municipal staff and local planning personnel working to complete The Energy Conscious Community: An Energy Course for Planning Professionals, developed and delivered by York University in partnership with QUEST Canada. This course supports professional planners to understand and deliver on their central role of integrating local, renewable and conventional energy sources into their communities.

Participating community staff and local stakeholders are participating in an ongoing educational webinar series to provide a comprehensive set of community energy resources, tools and strategies. 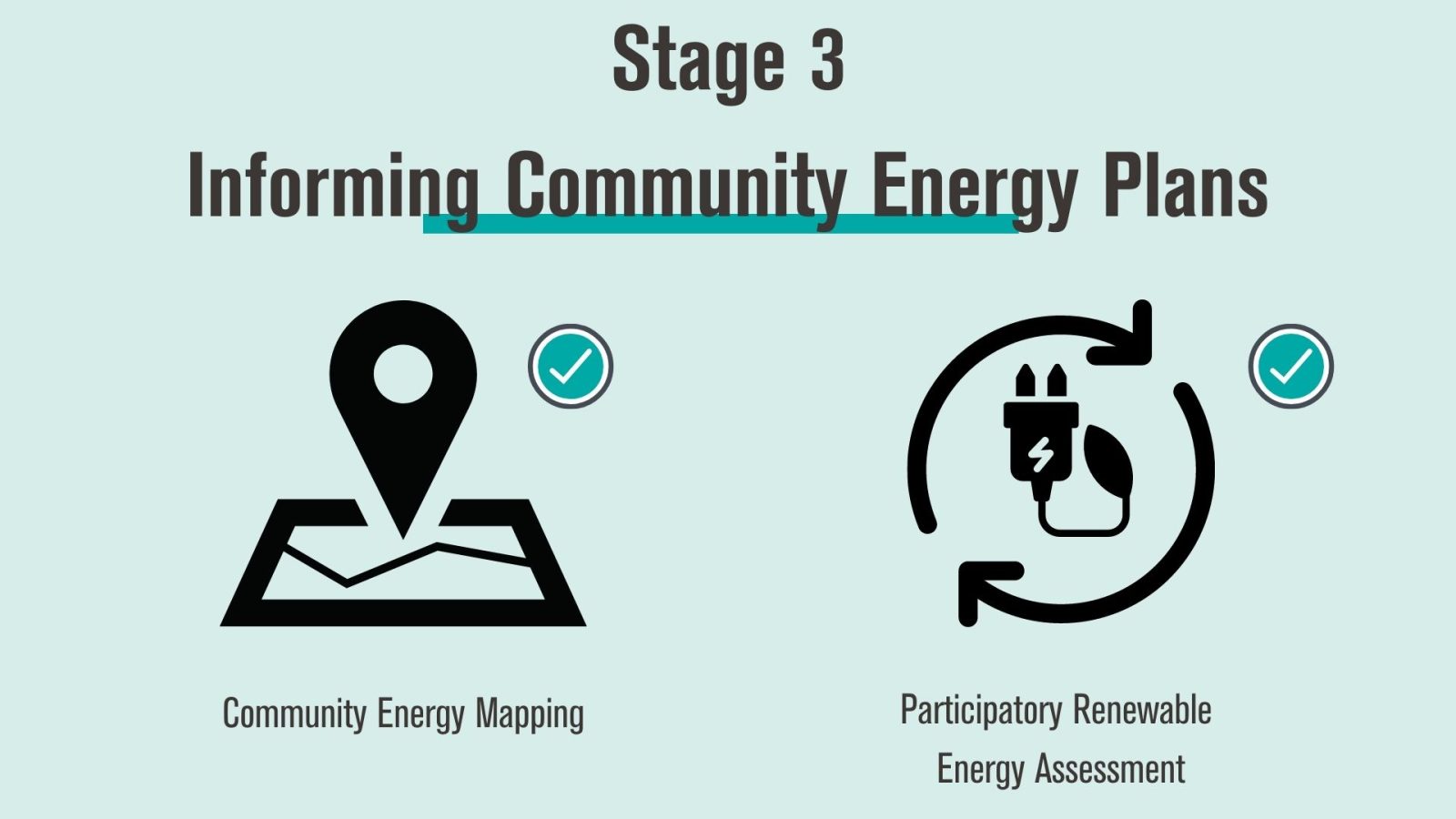 During the community energy mapping, interactive exercises engaged diverse local participants in each community to identify strengths and opportunities for energy efficiency, clean energy, transportation, land use and water and waste — using an interactive Map. Results have been used to inform the planning and development of their individual community energy plans.

The participatory renewable energy assessment included a full technical analysis of local renewable energy potential — such as wind, solar, PV, biomass, and more — for utility or community scale applications. This also included an analysis of the social acceptability of siting options for these installations. The purpose being to inform the development planning of clean energy resources in the community.

Several of the participating communities underwent a thorough economic analysis of their chosen action strategies, in order to better understand the potential economic impacts the implementation of their plans will have on their local economy.

Participating and partnering communities will undergo a Re-Benchmarking evaluation process to document and celebrate the great progress they have made during their participation in the NB SECA program. Updated Benchmark scores will be shared publicly in early 2023!

Stage 5 Milestone Update: Coming February 2023

The objectives of the NB SECA Program are:
\

Enhanced and ongoing knowledge sharing and support around community energy planning for 14 New Brunswick communities, including one First Nation.

The development and implementation of tailored Accelerator plans and Summary Reports to help NB SECA participants assess their current achievements and next steps related to community energy planning.

Case Studies to assess the economic impact of elements of Community Energy Plans, and a report that uses these case studies to extrapolate the impact of implementing all CEPs in New Brunswick to help inform the province’s economic recovery strategy post-COVID.

Lessons learned and results that can be shared with interested stakeholders both regionally and nationally.

NB SECA Communities In the News

QUEST Canada develops and implements projects with the aim to nurture strategic partnerships, facilitate connections, empower community champions, and influence decisions makers, supporting communities across Canada on their pathway to net-zero. Find out more about our projects: 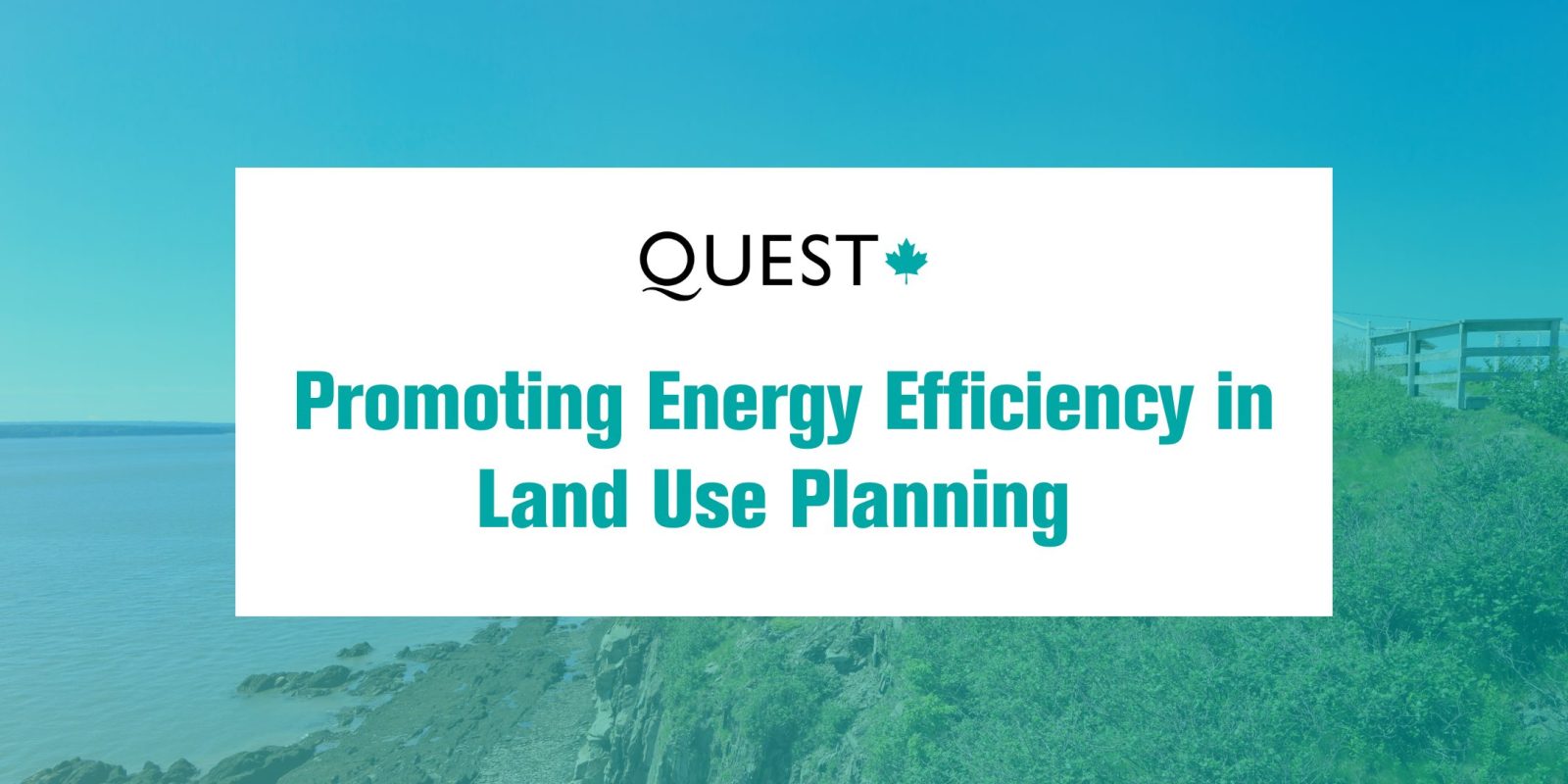 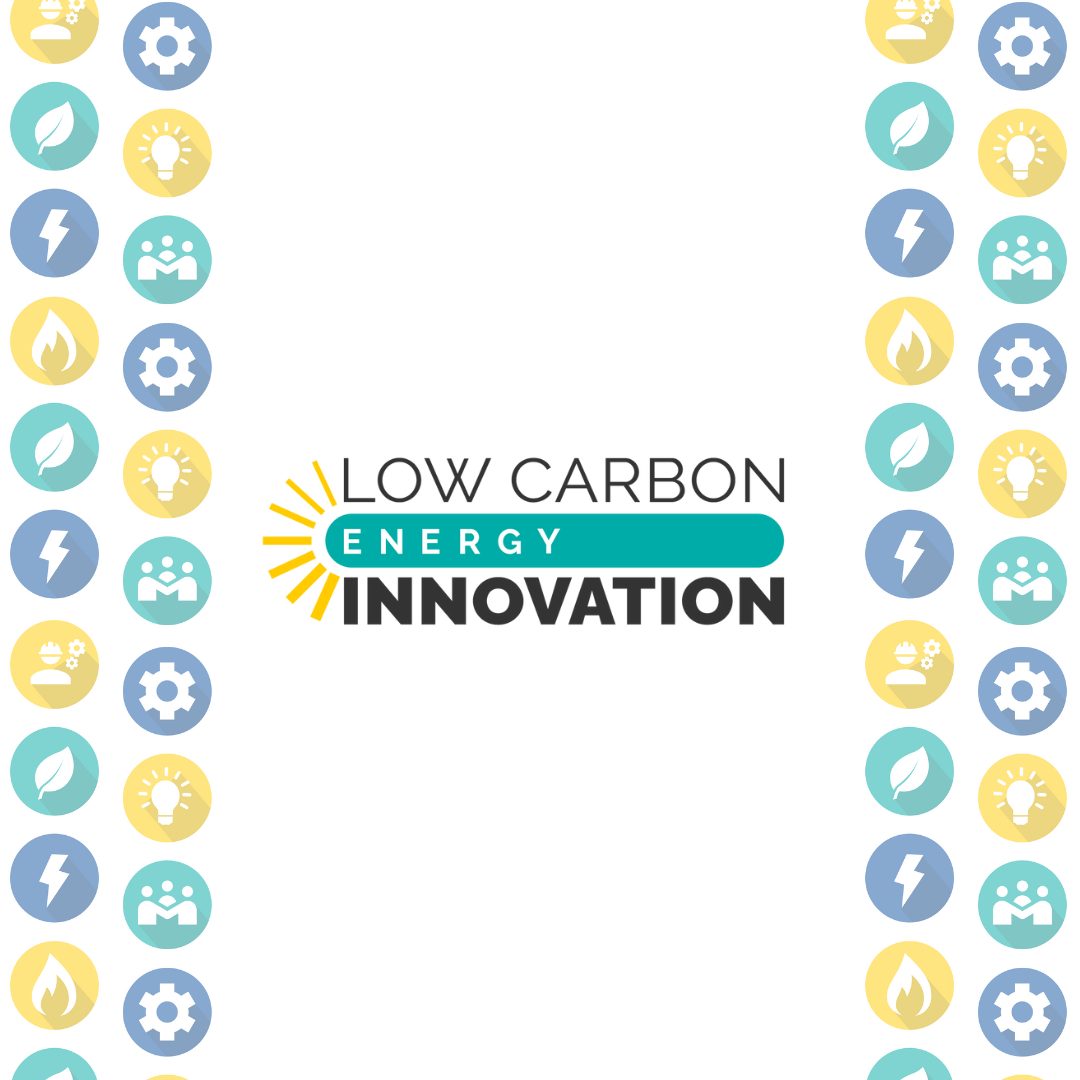 The project will combine cutting-edge research with on-the-ground qualitative analysis to develop a research database capturing the current state of low carbon innovation in the energy sector. 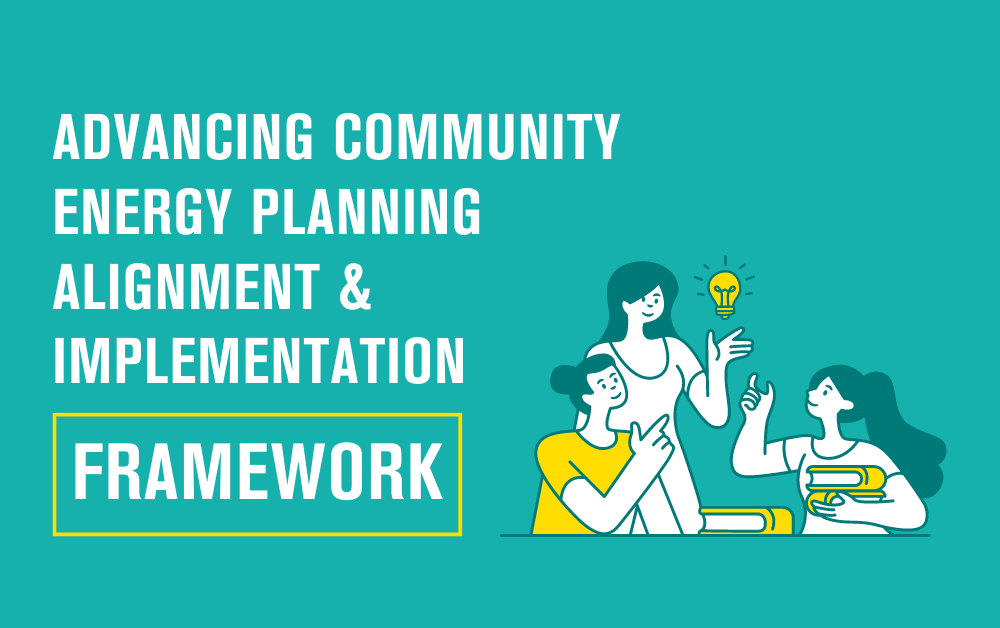