This article was originally published in the January 2022 edition of  Municipal World magazine. The content has not been adapted, modified or changed in any respect.

Municipal governments collectively hold direct and indirect control over more than 50 percent of the national inventory of greenhouse gas (GHG) emissions. The importance of local governments in the battle against climate change was recognized in 1997’s Kyoto Protocol.

As a member-state to the UN, Canada was a signatory to the Kyoto Protocol. By 1999, the federal government of the day created a rigorous multi-stakeholder planning process – including municipalities – that resulted in Canada’s Climate Actions for a Healthy Environment and a Healthy Economy. The plan acknowledged the need to support the capacity of Canada’s local governments to contribute to the national reduction targets for GHG emissions reduction.

Overseen and administered by the Federation of Canadian Municipalities (FCM), the Green Municipal Enabling and Investment funds (GMEF and GMIF) have recently celebrated over 20 years of operation. Together, they have distributed hundreds of millions of dollars to local governments and their community stakeholders in developing community energy, emissions reduction, and other related plans.

What has transpired at the local level in the over 20 years since the Kyoto Protocol and Canada’s federal response? A great deal. It is valuable to pause and acknowledge these collective achievements. They can inform the solutions to the challenges of implementing these energy and climate plans.

By 2007, and led by early movers such as the cities of Guelph, Yellowknife, and Halifax, hundreds of community energy and climate plans have been developed by local governments and their communities.

In 2016, QUEST reported that over 350 community energy and climate plans had been completed at the local level across Canada. In the intervening years, this number has expanded with dozens more communities. Also, many original plans are being updated with more aggressive targets, with many councils adopting net-zero by 2050 objectives.

Between 2018 and 2020, over 500 Canadian municipal councils have declared a climate emergency, which called upon local governments to renew their commitment to climate change action. This has had a remarkable impact on municipalities:

re-engaging with their community stakeholders as they turn their priority attention toward implementation.

In the almost 15 years since the first energy and climate plans were developed, perhaps the most important development has been the transformation of the energy market itself.

Energy legislators, generators, regulators, distributors, and local utilities are increasingly understanding the demand for a transition to low-carbon energy systems and are scrambling to adapt.

The market for the provision of energy-related products and services that support the implementation of community energy and climate plans has experienced phenomenal growth in the past 20 years.

QUEST reports that over 700,000 jobs are currently supporting the activities typically described in community energy and climate plans and are part of a $70-billion industry. For example, the market for solar photovoltaic systems in Canada was 14 times bigger in 2019 than it was in 2010. The number of jobs in the energy efficiency industry in 2018 was approaching 500,000 and is expected to grow by up to 30 percent per year.

These rapidly growing industries bring an incredible opportunity for municipalities to attract the investment and job creation that can come with the implementation of community energy and climate plans.

Pivoting from Planning to Implementation

The evidence is clear. Municipalities have been at the centre of a real movement that has initiated the mobilization of local action contributing to Canada’s national climate objectives.

But the challenges continue as municipalities struggle to understand, develop, and mobilize their role in implementing their plans while keeping their eye on their ambitious energy and emission reductions goals.

As municipalities deservedly celebrate the collective results of their leadership in creating a national movement, two fundamental questions emerge: who pays for this, and who is responsible?

The answers are found in the planning process itself. There is a general standard for most community energy and climate plans that includes extensive stakeholder engagement and involvement in the development of the plan. Under the banner of “collective action,” each of these stakeholders become part of the implementation strategy by playing their specific role.

Non-profits, business representatives, utilities, advocacy groups, industry, and other orders of government all have unique roles in implementing council-endorsed and rigorously developed community energy and climate plans. Clarifying and understanding these stakeholder roles is critical and applies to all stakeholders – including municipal governments.

Municipal leadership has played an undeniably important role in getting many communities to the starting gate of implementation. However, in some cases, this can lead to the perception that municipalities, and their taxpayers, will carry the full responsibility for implementing their plans. This is far from the case. At the implementation stage, the municipality is but one, albeit very important, stakeholder in a community of stakeholders.

As we approach the mid-point of a second decade of local energy planning, municipal governments are beginning to understand their specific role in supporting and enabling the success of their collective community efforts.

Municipalities have played a key role in taking leadership in developing community energy and climate plans and engaging their communities in doing so. As communities pivot to implementation, this leadership role remains critical in continuing to champion plan goals.

Municipalities are critical stakeholders in implementation. They play a vital role in advocating, through their provincial and federal associations, to other orders of government for their support in providing the legislative and regulatory tools.

Municipalities can play a critical role in seeking funding support for their communities through existing incentive and grant programs that further the implementation of energy and climate plans.

This gets at the key question of “Who is responsible for the implementation of a community energy and climate plan?”

The development of such plans has typically included the creation of a community-based task force consisting of key implementing stakeholders. The oversight role of this task force can be developed by:

In most Canadian provinces, mechanisms exist to allow municipalities to recuperate the costs of public infrastructure upgrades by adding a local improvement charge to the property taxes of eligible properties. These mechanisms are often referred to as Property Assessed Clean Energy (PACE). PACE financing has the potential to attract private capital for home (and other building) retrofits that support energy and emissions reductions strategies.

Community energy planning considers all local energy flows that impact the activities within a community. Solutions are identified to increase efficiency from supply through distribution to end-use. Improved energy efficiency and alternative energy sources can reduce overall energy costs for residents and local businesses, as well as GHG emissions.

Integrating energy and climate plans into official and secondary plans, planning application processes, and approval, permitting, inspections, etc., provides an opportunity to mobilize their most effective tool – guiding the growth and renovation of their communities toward the energy-efficient low-carbon future defined in their plans.

The integration of community energy and climate plan objectives into economic development strategies is critical in municipal implementation.

The world is in the midst of an energy transition. Traditional, centralized energy systems have served us well. However, these systems are expensive to maintain and difficult to fully decarbonize. From the local perspective, up to 80 percent of collective energy bills paid by members of the community leave the community to support this traditional, centralized, energy generation and distribution system.

Technological advances in the products and services that are defined in typical energy and climate plans – vastly improved by energy efficiency, local energy generation, and smart distribution systems – can have a profound effect on keeping energy dollars local and creating jobs.

Next Steps to Reach Low-Carbon Future

Municipalities have played a critical role in building a movement toward an energy-efficient and low-carbon future. The next wave of this movement has begun as municipal governments better understand and mobilize their role of enabling the community-wide success in achieving the goals of community energy and climate plans.

Federal and provincial governments would do well to continue to empower municipalities to fully play this role if we are to collectively address the pressing climate crisis and achieve our ambitious national and provincial targets. 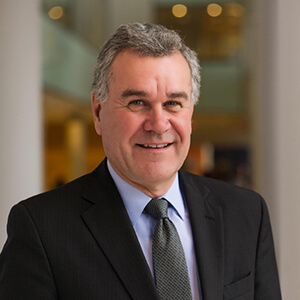 Rob Kerr has over 35 years of experience in many facets of the transitioning energy market with a focus on policy development and implementation of energy and climate change projects/programs in the municipal and community space. He is the Managing Director at Garforth International Canada Inc., President of Robert J. Kerr + Associates, and a QUEST Canada Senior Associate. Read his full bio.