Go Home: A Groundswell of Momentum 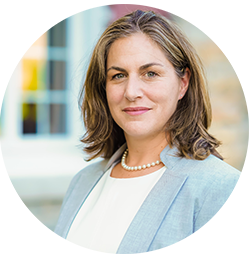 On December 2, 2019, Positive Energy hosted a debate at the Château Laurier, titled Go Big or Go Home: The Future of Canadian Energy. Will Canada’s energy future will be dominated by large-scale, centralized systems, or more grassroots, democratized systems? The opening remarks of each debater have been adapted for this blog. Visit Positive Energy for the full four-part blog series. 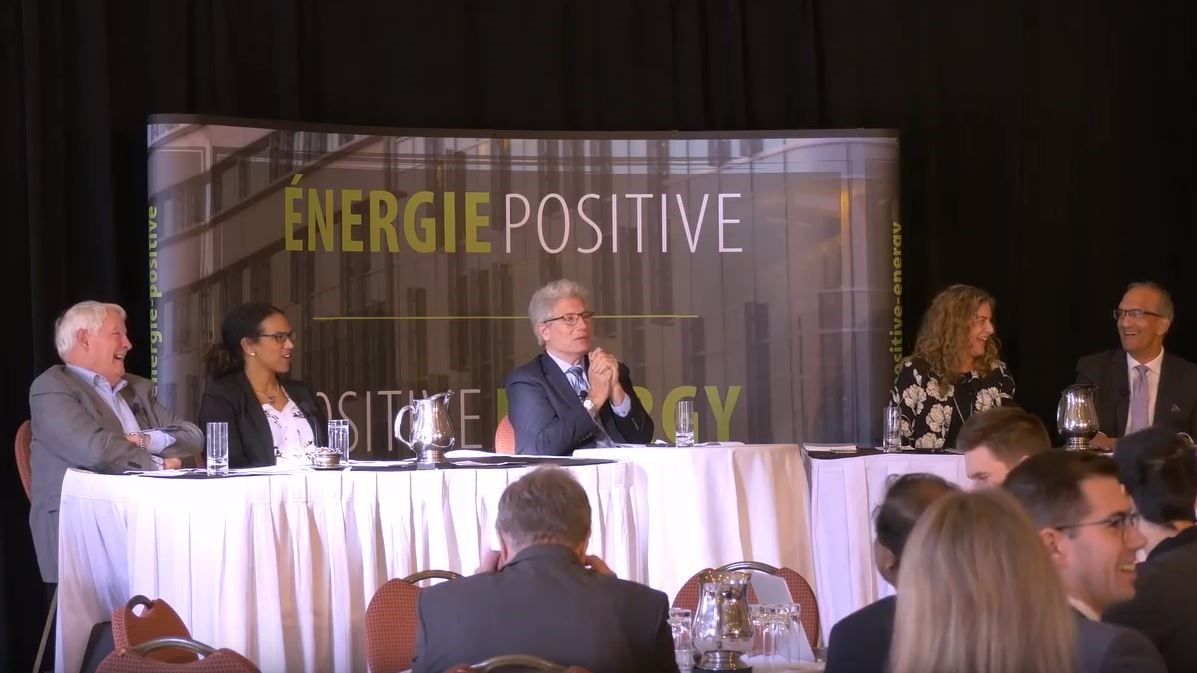 There is no denying that Canada’s energy system is in a state of dramatic evolution. I am here today to show you that Canada’s future success lies in our ability to ‘Start from Home’.

What do I mean when I say ‘Start From Home’?

In our polarized conversations about fossil fuels vs. renewables, we have forgotten to start from a basic understanding of the purpose of energy. The purpose of energy is to fuel and power our economy—to deliver the services that we need and desire: heating and cooling, mobility and electrical applications, including lighting and electronics.

We do not demand oil or electricity; we demand what they give us, and what they give us can be achieved by using different mixes of fuels, technologies, capital equipment and management methods. But even before we try to understand what mix is the right mix to meet our needs, we must first ask ourselves if we have fully explored the potential of energy efficiency—or what the International Energy Agency has coined the first fuel.

We have only begun to understand the potential of efficiency

We have made huge strides in appliance efficiency and increases in building efficiency both for new buildings and increasingly retrofits as well, but there is still lots of efficiency potential to be had.

In May 2018, a national efficiency potential study by the International Energy Agency and Natural Resources Canada found that economically and technically feasible energy efficiency measures in Canada could deliver average final energy savings of 1.9% per year between 2016 and 2050. This scenario would see the energy we save accounting for more than 40% of Canada’s energy needs by 2050.

The study also found that energy efficiency measures have the potential to keep both primary and final energy demand on a steady decline to 2050, despite the rising economic activity. The potential savings would reduce energy demand by more than one-third of the total primary energy demand in Canada in 2016.

My opponents will try to convince you that there is no other way than to Go Big to meet our energy needs, as they do so, keep in mind that the significant growth in demand they are suggesting neglects the significant opportunity that energy efficiency offers.

Clearly, energy efficiency alone isn’t going to get us to some state of ‘energy nirvana’ but there is another more compelling way than Going Big.

And as luck would have it, despite increasingly public and polarized conversations about energy supply and the environment, our Canadian Communities—made up of very diverse stakeholders such as the municipal administration and local elected officials, utilities, developers, businesses, regulators, and more—have been working away under the radar getting smart about how they use energy. This matters. Our communities are responsible for 60% of energy use and 50% of greenhouse gas emissions.

Smart Energy Communities are integrating conventional energy networks through things like Combined Heat and Power (CHP), they are integrating land use planning which, for example, enables more efficient transportation networks, and they are harnessing local energy opportunities such as renewables.

Communities aren’t just doing this because it’s cool to be Smart. Our research shows that there are significant untapped opportunities to strengthen local economies, reduce current and future energy costs and greenhouse gas emissions, and create jobs by investing in smarter and more integrated approaches to energy use at the local level. Take Bridgewater, Nova Scotia, as an example. Bridgewater is a town over just over 8,000 people, and they have estimated that for every 1% of energy savings, approximately $1 million will stay in the local economy.

Before you start thinking that I’m suggesting that Canada is going to become a country with thousands of micro-grids, that isn’t what I am suggesting. In a world where all the evidence tells us that new big infrastructure will be risky and expensive, needing careful, deliberate discussion to bring citizens along and, inevitably, slow to build, we can’t afford to waste what we have.

Our established energy networks – electrical, natural gas, fuels for mobility, etc. will still have long lives to live. What will change is how these systems work together, how they integrate with other systems and how they are managed. For example, we will see an increase in distributed generation being produced close to load and integrated into our electricity grid. We will see renewable natural gas and hydrogen integrated into our pipelines and our electric vehicles will be drawn upon to offer electricity back to the grid in times of need.

Does this mean that every Canadian will become a prosumer? Well that depends on your definition of prosumer I suppose. Will each one of us be active and engaged in the transaction of energy? Most definitely not. Will many of us become ‘accidental prosumers’ as our buildings produce more energy than they need and our electric vehicles act as batteries on the grid? Quite possibly.

What is already happening is that infrastructure access is being demanded from a variety of non-traditional players, who are beyond the scope of current energy regulation, which is causing increasing system complexity. CHP is a good example. It expands the number and diversity of customers interested in self-generation to include smaller industrial facilities, commercial and institutional buildings, and even large residential developments, an ability once reserved solely for large industrial players.

Next, there is the growth of independent electrical power services and solutions companies, which are making significant inroads into the traditional system. Take Spark Power as an example. Serving over 6,500 customers and growing, their tagline is “Disrupting the traditional power sector business model through independence and innovation.”

The data shows that ‘Starting from Home’ is the path forward

So, as the data shows, from energy efficiency, to Smart Energy Communities, to new players entering the traditional energy system, there is an unstoppable groundswell of momentum from the bottom of the energy value chain.

Don’t fret my Go Big friends, while our energy infrastructure will become more decentralized, we will still need pipes and wires and there is a role for the bigger players in helping to both shape and play a role in the future of Canada’s energy systems.

But the evidence shows that it will be driven from Home.

Tonja Leach became Executive Director of QUEST in 2019, having been with QUEST since its inception in 2007 in a number of roles of increasing responsibility. She has been instrumental in establishing QUEST’s extensive national network and ensuring that QUEST is known as the Canadian organization that accelerates the adoption of efficient and integrated community-scale energy systems in Canada by informing, inspiring, and connecting decision-makers.